Go deep into the dark realm and find the secrets of the legend-" DESCENT: Legends of The Dark " 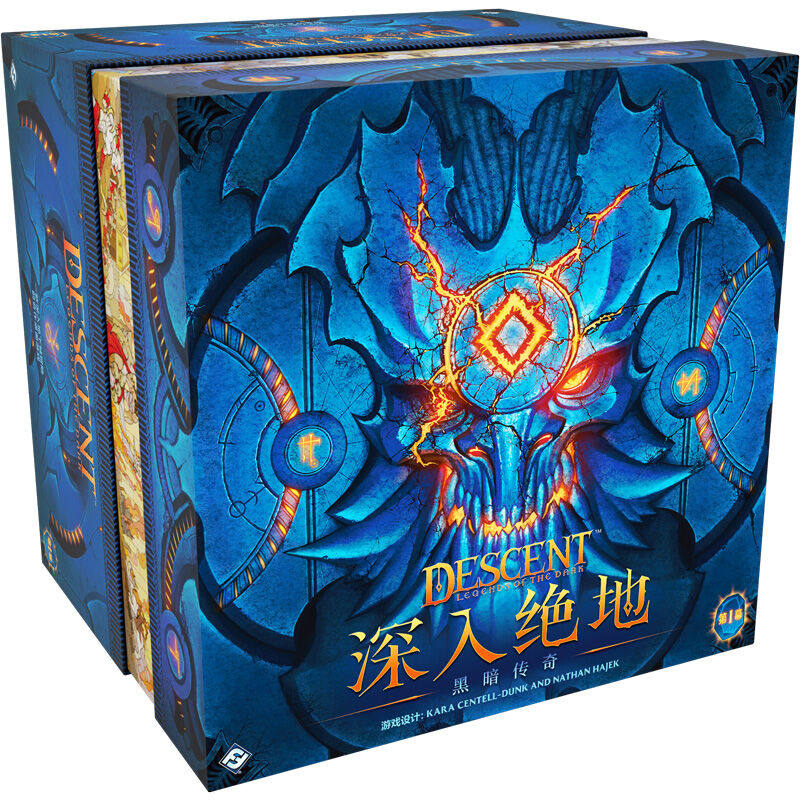 Although the delay of DICE CON is nothing new. But when I saw major exhibitors announce their new products one after another, I was still quite heartbroken. The games that should be gloriously displayed at our exhibition were released on time (wiping tears).

However, when we received the (long-awaited) latest version of "DESCENT: Legends of The Dark" from Agency A, I felt that I was fine in an instant. Friends, look at the thickness of this box! 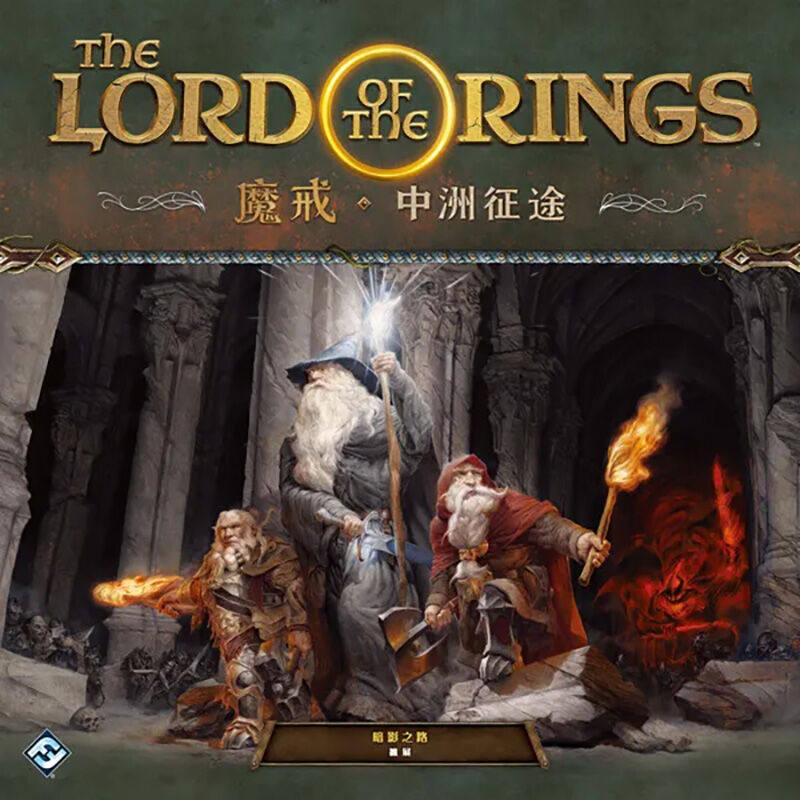 "DESCENT: Legends of The Dark" is a series of works under FFG. As a representative of table role-playing games, it has always been used as a standard to measure the pros and cons of such games. FFG (Fantasy Flight Games) was founded in 1995. Most of its games have their own IP universe, and there are also many IP derivative games from FFG, such as "The Lord of the Rings", "Game of Thrones" and so on. 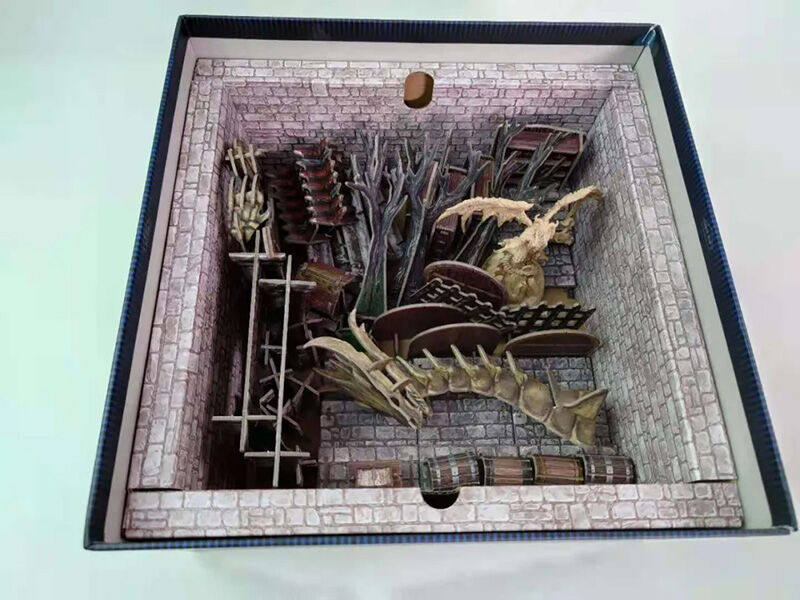 "DESCENT" is a single line in the Terranos universe series. Other games such as “Rune Wars” and “Ways of War” are also different stories that take place in the same context. The masterpieces in the Terranos universe series are the ones that once occupied the top spot in American games. The latest publication of "DESCENT: Legends of The Dark" has learned the lessons of the first two and has made new upgrades in technology. 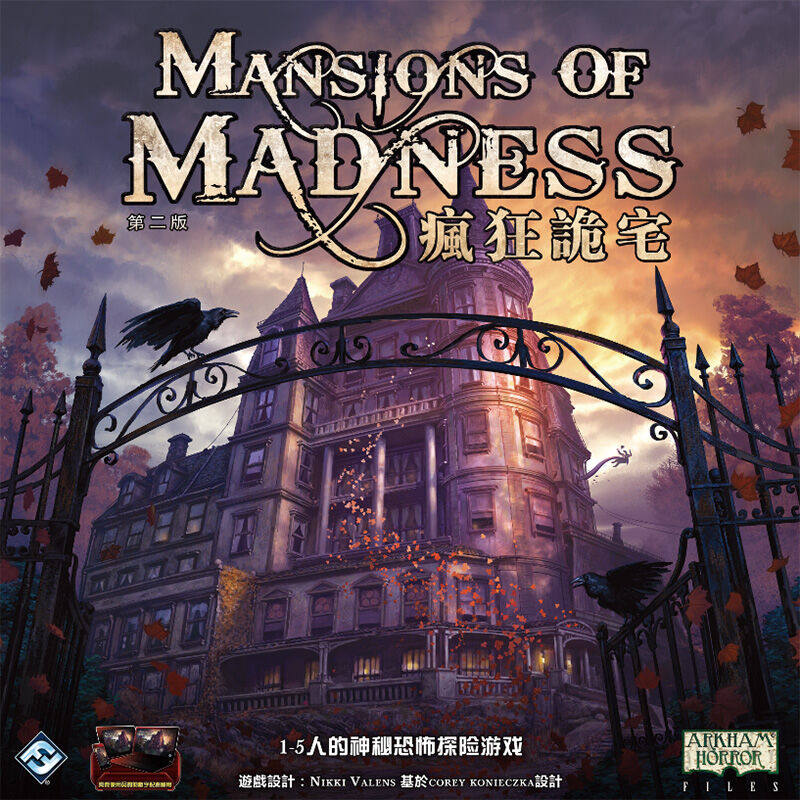 Deep into the Legends of The Dark

After opening the game, we couldn't wait to put all the boards in the game together and found that these terrains and models can be completely stored in the box below.

After the game is set up, you can punch in the app to start the game. That's right, this time " DESCENT: Legends of The Dark " is a board game that relies heavily on app assistance. Hey, in case players who don’t like the app get angry, let’s explain a little bit. If you understand FFG, you will find that their games like to use the half-plug mode very much.

2015's "XCOM" is an electronically driven cooperative game; 2016's "MOMSE" and 2019's "The Lord of the Rings: Journeys in Middle-earth” both require APP assistance.

However, judging from the latest "DESCENT: Legends of The Dark", FFG is going farther and farther on the road of the app. But electronization is indeed a double-edged sword. Many players allow games to exist electronically, but only hope that the app can really be used as an auxiliary application. The main actions such as battles, and settlements still should be done by the players themselves. 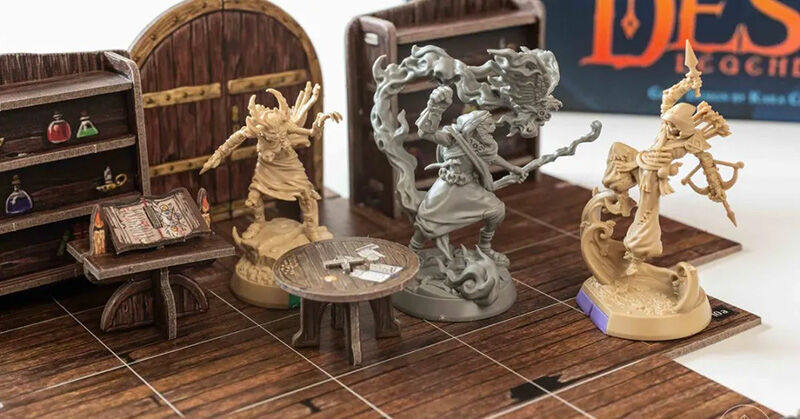 Click on the app to cultivate the hero's abilities according to the scene you are in and the choices you make. At the beginning of the game, the player can choose one of the four initial heroes (the latter two heroes will be available for the player to choose as the battle deepens). There are 16 main missions in the game, and several branches are interspersed. Each level will have barriers such as stairs, trees, treasure chests to explore, fight monsters and more.

The game is mainly divided into hero phase and dark phase, supported by characters, cards and model terrain.

The game's portrayal of characters is also very fascinating. If you bring yourself into the character, you will feel as the main character grows. When listening to gorgeous background music, immersive dubbing and fighting scenes, it does make people feel that, well, it seems that an app is also good.

This is also a game that is friendly to color-blind players. 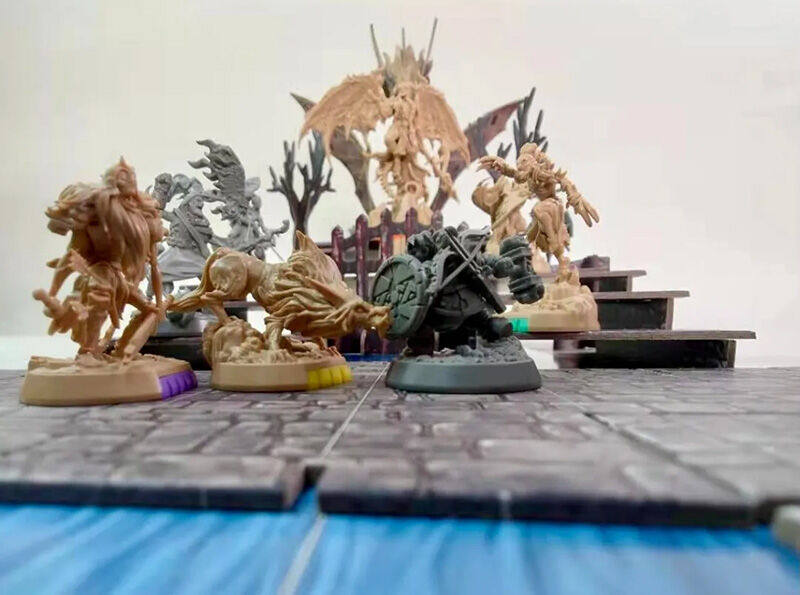 The game is equipped with 16 plastic signs. When an enemy is spawned, an enemy bar will appear in the app. Assign a color to each to distinguish the enemy of the same kind and show where the enemy will be placed. Before placing the model on the map, the player must place the corresponding color identification mark on the base of the model. 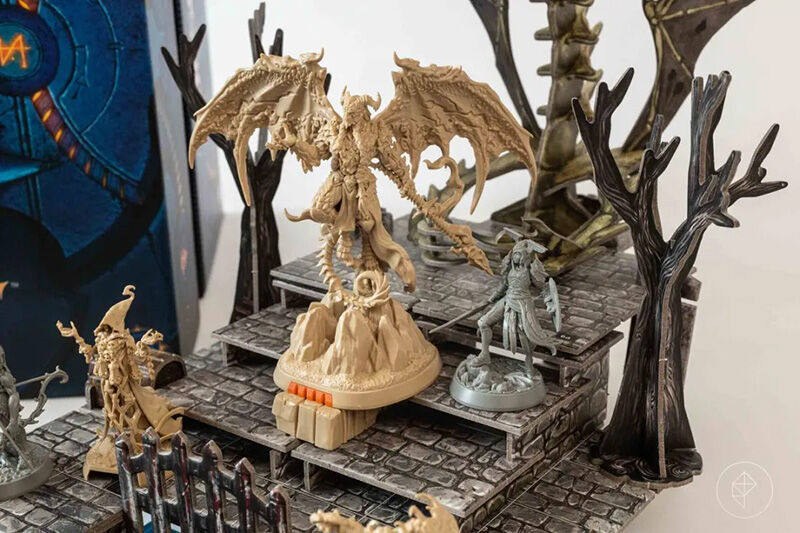 Of course, up to 40 models must be the biggest highlight of this game. Compared with the first and second editions of "DESCENT", it is not even inferior to many professional models.

Tensile shapes and fine details are brought about by the newly adopted technology of FFG. In the past, the materials used in the first and second editions of "DESCENT: Legends of The Dark" were made of PVC. This kind of material is easy to be confused in the details. As the saying goes, it is "details blur". Grounds and weapons often encounter bending problems. Players with modeling experience will use hot water or hot air to correct this thermoplastic material. 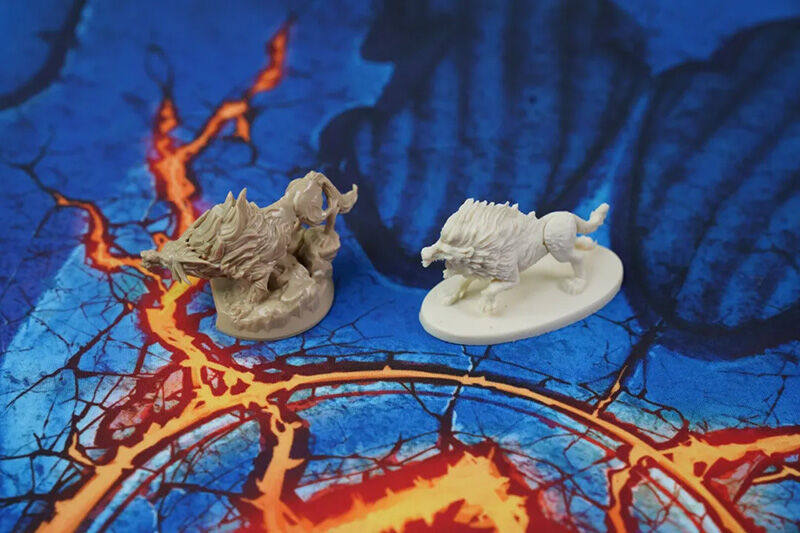 This time, laser-cut steel film is used for injection molding of polystyrene PS. For example, the Games Workshop for Warhammer in the United Kingdom, and some of the boards produced by Bandai in Japan are also made of this material. This craftsmanship and material give the model of "DESCENT: Legends of The Dark" with high-precision details comparable to the new models of the Warhammer Sigma era. There is no problem of deformation in weapons and platforms, and even each scale and the bones are very clear.

According to Polygon’s interview with producer Walden, FFG has used this technology to make miniatures for some time. It was first used in "Star Wars: Legion", a miniature war game that focuses on battles.

In short, this new version of "DESCENT" has indeed undergone changes in many aspects: the city lord monster has been cancelled and all handled by the app. Increasing the height difference mechanism, realized by cardboard accessories. The details of the model are very sharp, and the 3cm grid is compatible with many running games…I also appreciate the carefulness of FFG in the game: model steppingstones, gaps designed for color-blind players, etc. After balancing the shortcomings and advantages, it is still a very eye-catching game. 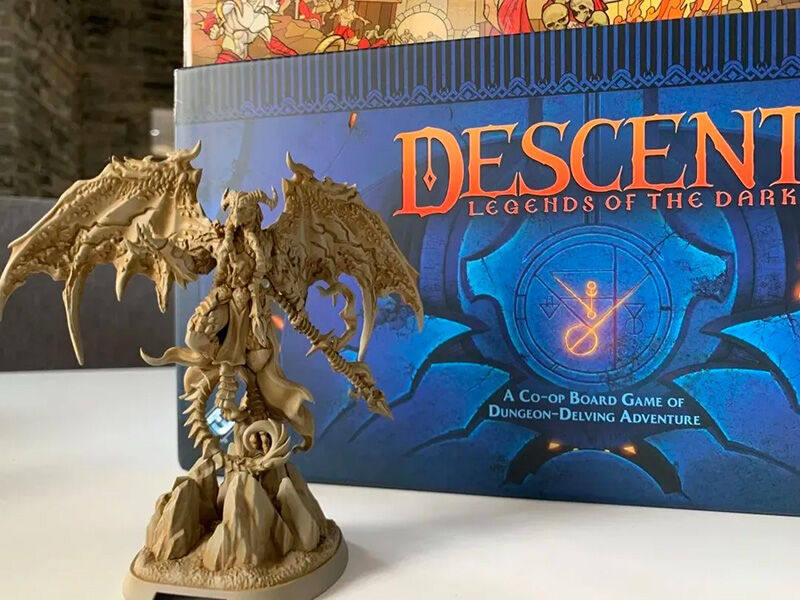 Today, "DESCENT: Legends of The Dark" has landed on the Asmodee Tmall flagship store. If you buy it now, you will also receive a Dragon Centurion Zenis model and a set of limited acrylic life turntables (4 pcs). You can rush for it !

Previous：What is the origin of this game that has been sold out immediately after release?
Next：I traveled back a thousand years ago and became a detective
HOME>NEWS>Industry News
